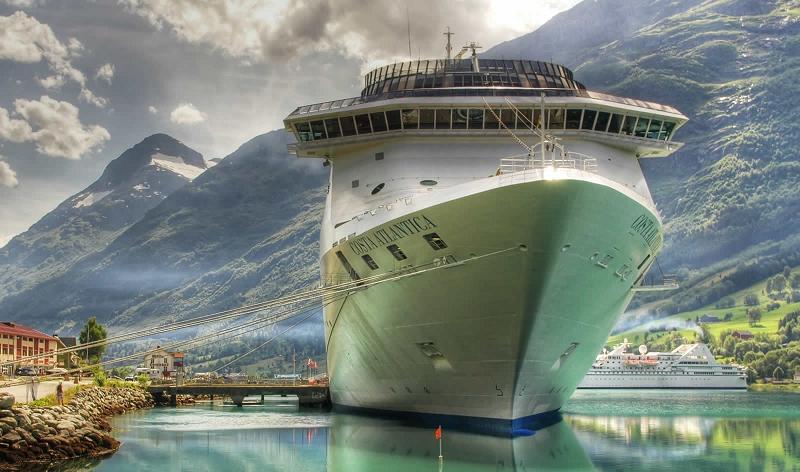 “Sail away from the safe harbour. Catch the trade winds in your sails. Explore. Dream. Discover.” – Mark Twain

As a nineteen-year-old young boy, full of dreams and ambition, I was ready to step out into the world on my own; to explore, to enjoy, to earn. Flying away, or rather, sailing away from my parents’ nest, I was ready to embrace a career in the maritime industry.

A career at sea was, and probably still is, one of the most lucrative vocational paths that lures many young men into becoming a sailor. And why not, after all, you earn big bucks and have the opportunity to travel while having adventures all over the world; your meals and accommodation are all paid for and the enticements are many. But the truth of the matter is that while breathing the fresh ozonized air in the middle of the ocean or watching the sunrise and sunset may comprise a unique experience you can get only in the maritime profession, it has its own set of difficulties that you get to know about only once you dive into it.

When you buy a packet of Kiwis at the super market that are grown in New Zealand [1], or a bunch of Mangoes that have come to the stands all the way from India [2], do you think of the journey that has made it possible for fruits grown in many different parts of the world to be there under one roof of a super market in your town? Moreover, when you buy a German or a Japanese Car and enjoy driving it on a highway here in Cyprus [3] or a dress that is made of pure Egyptian cotton or fine Indian silk [4], or even when you pick up anything that has a label of “Made in” someplace other than your own country, do you think about how it has been made available to you?

To be really clear, the shipping industry is the engine that drives around 90% of global trade [5] and, seafarers perform an admirable service to the peoples of the world by helping move different types of ships as well as a variety of cargo from one port to another, complying with a number of regulations whilst facing dangerous risks (such as maritime terrorism and rough weather)[6]. However, many times people think that this profession is just a form of adventure which gives free travel at no cost and a hefty salary to the seafarer.

A career in the merchant navy is, indeed, a rewarding career. Nevertheless, more than that, it is also a ‘decentralized’ career. For the lack of finding a better word, the idea behind terming it decentralized is that seafarers are far away from the issues of everyday interactions and social milieu that are associated with the average workplace.

Long periods away from the touch of a loved one, the voice of one’s near and dear ones, the late-night barrage of texts and phone calls with a partner, a planned night out with friends and so on, are the basic things that seafarers sacrifice for a career at sea.

Other than the above-mentioned opportunity cost, I remember the time when I started my career as a Deck Cadet. It was the pre-internet era and many people of today’s generation might find it hard to imagine that a letter from my family sometimes took not just days or weeks but, more than a month to reach me on ship. Not because it was being flown in by the pigeons like in the ancient times; but, because it had to travel a very long route.

Typically, a letter from the family would first reach my company’s office in India, where all the mail for the crew on our ship would be collected and put together in a mail packet. This mail packet was then sent to the Ship Agent’s office in the country where the ship was due to arrive. If we were lucky, the schedules would match and the mail packet would be delivered to us on ship once it reached the port. But there was always the high probability of changes in schedules, or even ports, which meant that the mail packet would then be redirected to a different country and the travel would continue till both ship and letters reached a common port.

From pigeon mail to email, the advancement of technology has helped a lot in keeping seafarers connected to their families and friends on land. Nowadays many of the ships have internet on board and this has made it possible for sailors to chat, talk and see their loved ones even when they are in the middle of an ocean.

A job at sea is often described as tough, precise and yes, a bit monotonous. However, much like any other job on land, it is full of days of regular responsibilities that get a sudden dash of excitement thrown in at multiple times! In fact, it is a very high-pressure job, simply because of the value of the cargo we carry, the risks to lives that comes unannounced with a turn in weather conditions and the cumulative effect of a whole lot of other things that one may not be able to comprehend while staying on terra firma.

Having occasionally shared the non-glamourous aspects of the merchant navy with many of my friends doing what we seafarers call a normal job, I have often been asked this question. “So, what is it that a seafarer must go through to keep themselves happy and sane?! What things help in keeping the seafarers entertained and cheerful on board?”

Based on my personal experience of sailing for more than 14 years and from what I see when I visit ships now as an officer from a Ship Management Company, here is a list of five things that are basic for people with normal jobs on land but are a luxury for people with jobs at Sea:

Life at sea runs on strict discipline and tight schedules, and this is what keeps us safe too. It does end up being extremely monotonous and boredom is bound to set in. It is at times such as these when we turn to the limited range of options that we have to break the monotony and keep us happy on board.

As an officer, I have worked my way through various ranks from Cadet to Captain and sailed on a wide range of ships. With every rank I sailed on, the time of the watch duty on the bridge changed but the pattern remained the same. The watch system on board continues without ever halting. Four hours on, eight hours off, 24 hours a day, 365 days a year, whether at sea or in port.

I have worked contracts that ranged from six months to a whole year of being on ship. Surprisingly, it was being away from land that has taught me how to stay grounded in life. From days when the sea was smooth and calm like a mirror, to days when the stormy waves have tossed the mighty machine of steel like a bouncy ball, I have witnessed the many colours and many moods of the sea.

All seafarers have sometime or the other, not only missed celebrating festivals, birthdays or anniversaries with their families, they have also missed the births, deaths, and marriages of loved ones, and their children often grow up with one parent absent for most of the year. Yet year after year, contract after contract, a seafarer keeps going back to his love: the ship at sea, because when you join the profession of the merchant navy, very soon sailing for you is no longer just a profession, it becomes your way of life.

It is a hard life, but it is also a deeply satisfying and rewarding one. There are around 1.5 million seafarers on the planet working on 50,000 merchant ships. 90% of all goods worldwide are transported by ship, from raw materials like crude oil and iron ore [7], to finished products like laptops and smartphones [8]. Without seafarers, working hard all over the world, in all weathers and every day of the year, the modern economy would collapse.

So, next time you buy fruit from the grocers, drive off a new car [9], or even spend out on some new clothes [10], spare a moment to think about and thank the hard work, professionalism and commitment of many hundreds of seafarers, because it is they who work in the toughest conditions to make your purchase possible.

[1] Not to mention, the small, smooth green fruits known as feijoas that are plentiful in New Zealand; this ‘green gold’ is exported to New Zealanders in the diaspora, with exporters now having their eye on a wider market (Hunt, 2018).

[3] It is noteworthy mentioning that in 2019, German luxury car brands Mercedes-Benz, BMW and Porsche had record sales worldwide as well as, in China; with Audi and Volkswagen relishing strong sales too (Bekker, 2020). To give also a future outlook, Toyota – the Japanese carmaker – leads new funding round with $394 million investment for a flying taxi start-up whose goal is to launch services in 2023, leading a $590 million funding round for California-based Joby Aviation (McGee, 2020).

[4] Specifically, Egyptian cotton exports increased during the third quarter of the agricultural season 2018-2019 to 510,200 metric quintals compared to 160,100 metric quintals during the corresponding period of the previous season; that is, a rise of 218.8 % (Al-Youm, 2019). Further, the Indian textile sector dates back to the 19th century and is one of the oldest in the Indian economy; it is highly diversified, catering to a wide range of segments – from traditional handloom products to cotton, wool and silk products (Naik, 2020).

[5] Based on the United Nations, maritime transport is critical to the global economy given how more than 90% of the world’s trade is carried by sea (Meredith, 2019).

[6] A case in point with regards to maritime terrorism and in accordance with security experts, the rise in piracy attempts in the Singapore Strait comprises a cause for concern in view of how terrorists could exploit the same loopholes in an effort to create chaos (Koh, 2019). A bracket here is that terrorism may be defined as the unlawful use or threatened use of violence contra civilians, frequently to realize political, religious or analogous objectives; global terrorism involves the territory or the citizens of more than one nation (Jackson and Sørensen, 2013: p. 314).

[9] It is worth noting here that ship makers are introducing larger car carriers in order to meet the growing demand; for example, Wallenius Wilhelmsen Logistics operates four new ro-ro ships (commissioned by its parent companies) that carry about 8,000 vehicles each – as, by sailing larger ships, the company can more efficiently serve the car makers, who effectively control the size of the shipping fleet (Belson, 2012). Of course, larger ships pose several challenges to ports and hinterland connections in addition to, the beneficial cargo owners (Clott et al., 2018).

[10] To offer an example, Bangladesh happens to be among the world’s largest exporters of apparel sold by Western companies like H&M, Adidas and Walmart (Quadir, 2019).