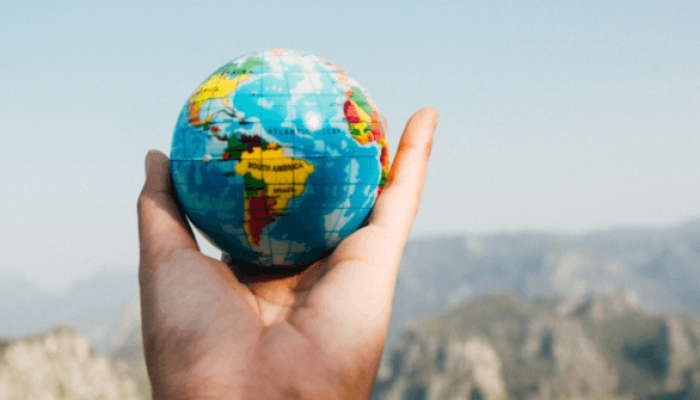 Nowadays, societies are changing and becoming more diverse. Travelling, migration, labour workforce mobility and internationalisation are some of the phenomena which have contributed to the increase of cultural diversity and therefore intercultural contact, resulting in the interaction and communication of people from different cultures either face-to-face or virtually. According to the Pew Research Center (2019), a recent survey revealed that most citizens consider that their country has become more diverse over the last two decades in terms of ethnicity and race (median 69%).[1]

Globalisation is upon us, driven by technology. The world is in many ways becoming smaller, homogenised and standardised and often this is regarded as a menace to cultural diversity in terms of preservation and maintenance of different beliefs, values, attitudes, traditions, languages and religions.

Despite mixed views and feelings about the impact of globalisation, many economists acknowledge the positive impact of the phenomenon on economic growth through the prevailing of favourable conditions on free trade and foreign direct investment. This also leads to the existence of more multicultural environments where people from different cultural backgrounds engage and interact at a social and professional level. For example, in recent years, Cyprus has been classified as a major destination for foreign direct investments with the most significant influx from the U.S., Asia, Russia and the Middle East. The country ranks 57th of 190 economies in the World Bank’s 2019 Doing Business Report.[2]

Do Cultures Clash?
Intercultural competence is increasingly necessary in today’s global workplace as collaborative and coordinating demands increasingly stretch leaders’ capacities to perceive, interpret and act in ways that achieve organisational goals.[3] Valuing the importance of culture in international business is fundamental for effective communication. Whether working with global partners, recruiting employees from different cultures or expanding into emerging markets, being able to identify potential cultural differences and respond efficiently and effectively towards them can be an asset for successful business negotiations and building trust. Culture means different things to different people, as it is learned, shared and acquired, transmitted from one generation to the next. Each culture has a distinctive code of behaviour and certain views on what is right or wrong, ethical or unethical and appropriate or inappropriate. As this saying goes, one size does not fit all … useful to keep in mind when doing business in an international context.

Heineken ‘Lighter is Better’: Racist Ad?
Cultural faux pas are easy to make when we are culturally unaware or blind, and the marketing industry can count several mistakes across the globe. Heineken Light did not face any criticism when it started running its campaign ‘Lighter is Better’ in Europe. However, it received severe criticism of racism in the U.S. The famous brewer apologised and pulled one of the ads in March 2018, which ran on TV in the U.S. and showed a bartender sliding a Heineken Light down a bar to a woman who appears dissatisfied with her glass of wine. The beer passes several dark-skinned customers, including a man playing a guitar, before reaching the woman, who has lighter skin than some of the other patrons.[4]

Cultural Differences
Generally speaking, cultures have different ways of communicating, acting, working, getting organised, managing teams and forming professional or interpersonal relationships. Being aware of and sensitive to different cultural mindsets can greatly enhance the ability to work well together across cultures and reduce the potential for miscommunications, misunderstandings and frustration. An outline not limited to areas where cultural differences occur is presented here.

Verbal Communication
Cultures have different patterns of communication. Some cultures use a direct verbal communication style where the transmitted message is clear, and not much effort is required on the part of the listener to decode it. On the other hand, some cultures use an indirect style of verbal communication that requires more effort from the listener to interpret the message and often might be accompanied by the presence of non-verbal cues (such as silence, hand gestures and eye contact). Despite the fact that English is the lingua franca of the business world, Latin countries such as Italy and Spain often have an inadequate understanding of English, meaning that some knowledge of international languages can be an asset in international business.

Non-verbal Communication
Body language, including facial expressions, eye contact, hand gestures and tone of voice play a significant role in the success or failure of meetings. Silence during a business meeting can have various interpretations. In East Asia, it does not mean breakdown in communication but is an element of interaction, respect and learning. There are some cultures that like to listen more rather than talking.

Decision-making
How are decisions made in an organisation? Are they based on rules or relationships? Are they made by individuals or groups? Do feelings and emotions play a role? In Nordic countries and the UK, people are more neutral and control their emotions – they do not reveal how they feel. In South Europe and Latin America, individuals are more emotional and expressive at work when they communicate their ideas.

Going Forward
To gain a deeper understanding and appreciation of how different cultures function requires an open mind and a willingness/curiosity to know and discover more. Intercultural competence begins with understanding our own cultural values and beliefs, and comes with learning, encountering and experiencing other cultures.