The Digital Intelligent Economy: The Wrenching Feeling of Falling Behind and the Time to be Bold 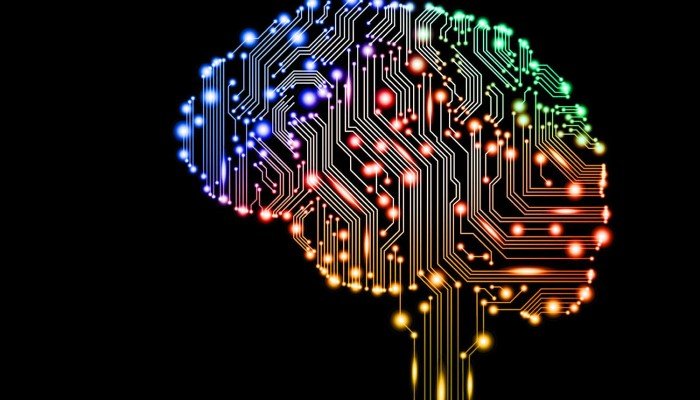 George Tziortzis – Board Member and Head of Management Consulting at KPMG Cyprus – shares his hard-earned insights on digital intelligent economy and gives some advice on how not to fall behind.

The wrenching feeling of falling behind is heartbreaking and distressing, no matter what the goal, target or objective is.

It has now been over seventeen years since joining KPMG Cyprus, after spending seven years in the United States and two in Switzerland. During these seventeen years and as a part of the local professional services community I have watched the economy grow, largely due to the efforts of the private sector and dare to say even just groups of individuals, have witnessed at least one major crisis involving both banking sector and government level failures but also have witnessed the island bounce back on its feet and hope for a more promising future again.

What however is very stressful and heart-wrenching, is the continuous strong feeling that the course we need to set towards achieving that promising future, is a totally different one than what we are used to. We can no longer sell our hospitality, our tax regime or our weather conditions alone. And we may be able to utilize our natural resources, but that still is and will be a complicated matter. The (near) future is totally different than what we would have predicted five years ago and we are not preparing for it. As the World Economic Forum founder, Mr. Klaus Schwab has clearly stated “The “4th industrial revolution” has begun and its impact is profound”.

The near future is one where technology is not just a component or an enabler but is the actual business model and the business differentiator. The near future is one where enterprises and small businesses in Cyprus will have to compete and defend against organizations which are huge global dominant digital entities or are new entrants they have never heard of, located all over the planet, being more agile, fast and focused. The near future is one that we will not only be competing against each other in the local market but one where we will be competing for survival and sustainability of any type of service or product we offer to anyone either locally or internationally. The differentiator will be Digital Services and Digital Capabilities.

To me it is clear that even though we are very good at discussing the imminent future, we have not yet grasped the magnitude and the effect of this reality. Disruption – a word I rarely like to use because it also has negative connotations and it is a real cliché – and unprecedented speed, are the new norm. Traditionally we are not good at either.  This is because very few are willing to risk changing the status quo or because we do not have the inherent urge to cooperate for a common goal unless we are facing a clearly perceived common threat. Hence, we spend time talking about what needs to be done, create relevant but slow moving limited authority committees and most times we consider that someone else is at fault for not moving forward.

This is a good point to define who the term “we” as used in the paragraph above, refers to. By “we” I mean the economy stakeholders including the Government functions / departments / representatives, the relevant regulators, the various associations and of course the business owners and service providers and even individuals. The so called “system”. Having said that, the key point is clearly that we are missing leadership and direction at the country level regarding the specific matter. The very first steps, announced recently by the Government (e.g. appointing a responsible and relevant individual to lead the Digital transformation efforts) are a good sign in the right direction, but we need a lot more.

If we take a step back and look at what is going on in the world, what we see is interesting to say the least and scary to say the truth. Today artificial intelligence is mainstream technology that is in the hands of basically anyone. Nanotech and biotech driven medicine is the only hope for most health threats. Most importantly the cyber and physical systems are merging and becoming one. Everything is or will be connected to the vast Internet and will become digital. Anything from normal computers, wearables, household devices, transportation vehicles, medical equipment, etc. “For crying out loud”, I just received a push notification on my mobile phone from Wired Magazine saying “Your next job interview will be with a robot”…

The key message is that this change is coming at an extremely fast pace and it is bringing a paradigm shift. The enablers of this paradigm shift are the following:

It is clear that agility is the new currency of business and if we are too slow we will go bankrupt. Current operating models need to change to face the challenge and the new phenomenon of the “Digital Intelligent Economy”. This includes business models but also the government model and the economy stakeholder cooperation model.

An extremely important matter in all this is the understanding of the key roles required in a Digital Economy. Once defined, it is clear that in our economy all of these already exist and are working all in different directions trying to each achieve their own goals. Example of such roles (actors) are the following:

What has not been established as well as it should have, is a common goal and coordinated approach that will ensure a national level Digital Economy ecosystem as the result.

Clearly there is only one way forward. It is time to make a leap by being bold and ambitious. Our national Digital ambition must be to target a completely new economy model with bold changes rather than trying to effect “Change by Thousand Bites”. We must make the Digital Economy a national priority matter at the same level as the long standing Cyprus problem by leveraging our (small) size to formulate a real Digital Economy ecosystem leading to a doubling of the economy size by 2030. The key actions required include, but are not limited to the following:

The overall goal is to have, for the first time, a coordinated and common national effort for the creation of the connected Digital Economy ecosystem. The goal is common. We must be bold, fast and we must join forces rather than competing. It is absolutely vital that we move now by avoiding traditional bottlenecks, as we are already falling behind. There is no turning back from this. As Mr. Daniel Kraft says “The trick is to Uber yourself before you get Kodak-ed”.